What are the symptoms of ovarian cancer?

What are the symptoms of ovarian cancer?

Ovarian Cancer Awareness Month is set in the calendar every March, and we GPs jump at the chance to spread the message around the signs and symptoms of the disease. Sadly, these aren’t widely known among the general population, which can result in late diagnosis.

Trickier still, the initial symptoms of ovarian cancer are non-specific, meaning they can often get confused with other illnesses, or dismissed as caused by hormones or dietary habits. So knowing what to look out for and when to speak to your GP is crucial.

Read on to find out more.

What is ovarian cancer?

Ovarian cancer is a cancer of the ovaries, which are the organs that produce the eggs required for reproduction.

What are the early signs of ovarian cancer?

The most common symptoms include:

But others may also experience:

It’s important to note if you suddenly start experiencing such symptoms and to speak to your GP right away.

Is ovarian cancer caused by genetics or lifestyle?

​​Approximately 25% of ovarian cancer cases are caused by genetic mutations. Just as is the case with breast cancer, people with a genetic change in the BRCA1 or BRCA2 gene are at a higher risk of developing ovarian cancer. If you have a history of either disease in your family, you can be tested for the gene mutation.

However, the biggest risk factor is age. The risk of developing ovarian cancer increases as we get older, with half of all cases diagnosed in women aged 63 years and over.

Lifestyle factors, such as being overweight, are not thought to play a huge part in raised risk of ovarian cancer. However, people who undergo hormone replacement therapy after or during menopause are at a slightly increased risk. Studies have also demonstrated that women who have children later in life, or not at all, are more at risk, too.

How is ovarian cancer detected? 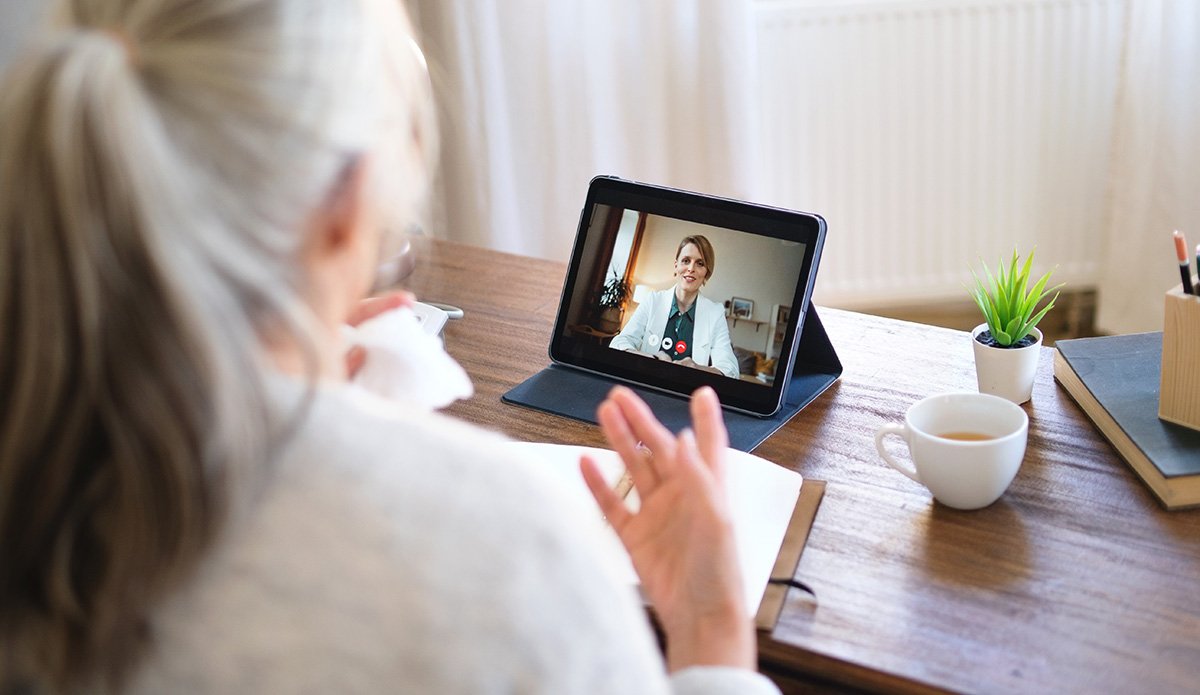 If you speak to your GP following symptoms, a blood test called the CA-125 will be their first point of call. This tests the levels of a tumour marker in the blood that can be linked to ovarian cancer.

Experts would also run an ultrasound to look out for any abnormalities on the ovaries. If there are any suspicious findings, they will carry out a further investigation with a biopsy or CT scan.

It’s important to remember that, generally speaking, most cysts are benign – meaning they are not cancerous or a predisposition to cancer.

Can ovarian cancer be prevented?

There is no known way to prevent ovarian cancer, though certain choices might affect your risk of developing it. For example, as mentioned, you’re in a slightly higher risk category if you’re taking hormone replacement therapy. On the other hand, women who take oral contraceptives are associated with a lower risk of ovarian cancer, though this can increase the risk of breast cancer. It’s important to assess your risks – don’t be shy to have a discussion with your GP and express any concerns.

When to speak to your GP

If you have any of the symptoms discussed above, I would recommend seeing your GP – especially if those symptoms are new and persistent. We can run tests to understand the root of the symptoms you are experiencing.

If you have a strong family history of ovarian cancer or breast cancer, it’s worth discussing your risk with your GP who can determine if it would be beneficial for you to be referred for genetic testing.

Most importantly, don’t be shy to discuss any symptoms with us as soon as they occur. We’re here to help, and the sooner any condition is diagnosed, the more quickly potentially life-saving treatment can begin.

A GP working in the NHS, you might have already seen her online or featured in magazines as a health educator and communicator. Doctor Shireen takes a holistic approach to wellbeing and is passionate about supporting her patients’ mental health and physical health. She’ll be helping us bring you clear and helpful information and ideas for taking care of your general health.

Do you know all the benefits of vitamin A?

What are antioxidants and how can I eat more?

Does magnesium really help you sleep?