What are the health benefits of apple cider vinegar?

What are the health benefits of apple cider vinegar?

Apple cider vinegar is a fermented vinegar that is made from apples, just as the name suggests.

The active ingredient that is created when the apples are fermented into vinegar is called acetic acid – this is also what gives the vinegar its sour taste and strong smell. Our bodies naturally produce small amounts of acetic acid, which plays an important role in the metabolism of fats and carbohydrates.

It’s also antimicrobial, meaning that it may help to kill harmful bacteria found in the stomach or intestines, such as E. coli (which might cause tummy upsets).

ACV’s many purported health benefits – some of which have been more robustly proven than others – mean that this type of vinegar enjoys unique popularity as a dietary supplement.

Apple cider vinegar can be consumed in its liquid form, such as in a salad dressing; swallowed, mixed with water, on a spoon; or drunk diluted in a glass of warm water (some fans recommend trying this first thing in the morning). However, you can also take it in the convenient form of capsules or gummies.

Is apple cider vinegar good for you?

It may not taste very pleasant swigged neat (and this isn’t advisable either; see later), but apple cider vinegar has long been popular as a home remedy, including as an aid for weight management. Some people believe it may help to reduce bloating, balance blood sugar and much more.

Several scientific studies have shown some benefits to taking apple cider vinegar, though not all of its anecdotally reported benefits are borne out by clinical research.

Read on for more information about the different claims made about the benefits of apple cider vinegar, and which ones stand up to scrutiny.

There is some credible scientific research to suggest that apple cider vinegar can aid weight loss, though most of the relevant studies have been conducted by observing rats and mice, rather than people.

One 2014 study suggested that acetate (a derivative of acetic acid, the active ingredient in apple cider vinegar) may contribute to reducing appetite, so this might contribute indirectly to weight management.

Although there is plenty of anecdotal evidence that apple cider vinegar aids bloating, this is yet to be proven scientifically.

However, there is research suggesting that the acetic acid in apple cider vinegar could increase the production of a fat-burning enzyme in the liver (called AMPK).

There is also some research to suggest that apple cider vinegar may be significant in reducing belly fat, specifically. 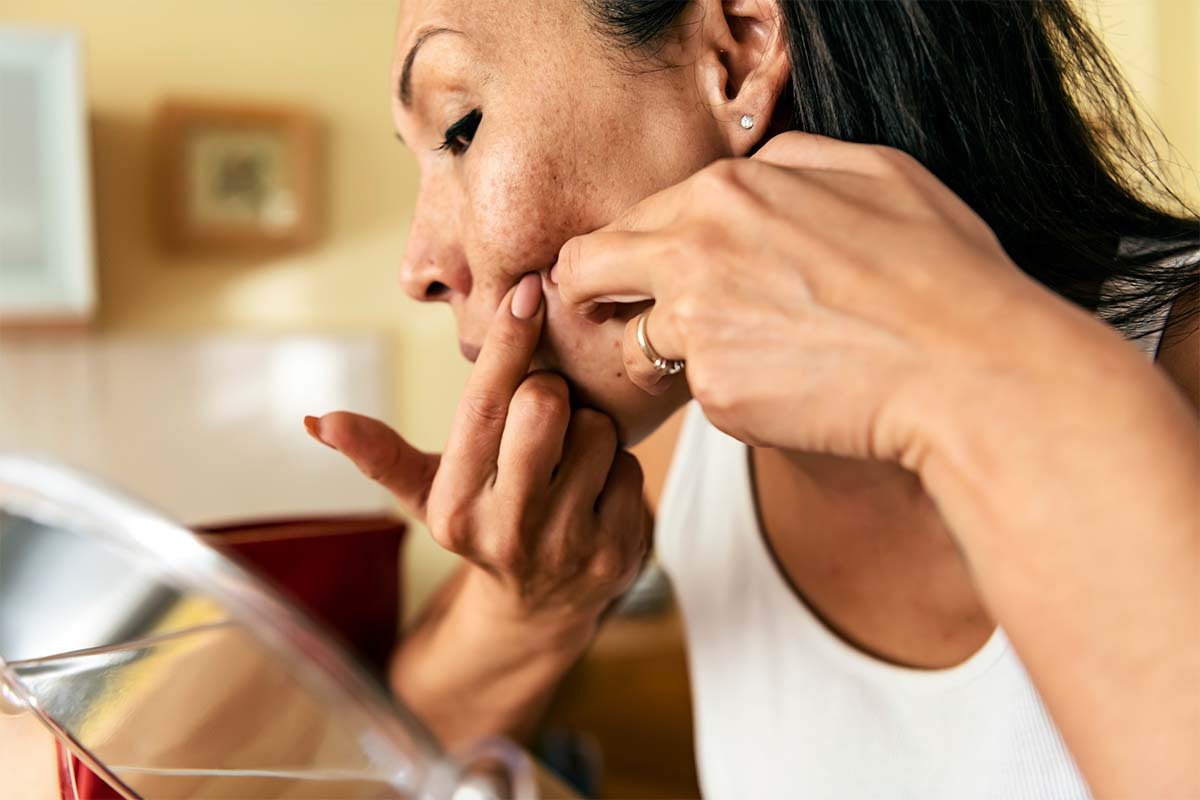 Vinegar can kill certain types of bacteria, and some people believe that applying diluted apple cider vinegar topically to the skin reduces the severity of acne outbreaks.

Acne can be caused, in part, by bacteria called Propionibacterium acnes, though this common skin condition may have a variety of causes, such as hormonal changes.

Ultimately, there is no robust scientific evidence to support the claim that topical application of apple cider vinegar can help combat acne, despite anecdotal evidence.

If you do want to give it a try, be aware that liquid apple cider vinegar can be uncomfortable to apply to the skin (potentially irritating or stinging it). Always make sure it is well diluted first (begin with one part ACV to four parts water, or more if your skin is very sensitive). And before you apply, try a test patch.

How much apple cider vinegar do you need per day?

There is no recommended daily allowance for apple cider vinegar as such, but if you are taking it, it is important to know how much would be beneficial – or unsafe – to consume.

A typical daily dose of apple cider vinegar would be one to two tablespoons, diluted in water. If you are taking supplements or gummies, it’s best to read and follow the recommended dosage on the packaging.

It is not recommended that you consume any significant quantity of undiluted apple cider vinegar. If left at full strength, it may cause harm to your body, including wearing down tooth enamel or even causing tissue damage to your food pipe (oesophagus), as it is so acidic in its neat form.

However, taking tiny amounts of apple cider vinegar in an extremely diluted form could reduce the chance of there being any meaningful health benefits from taking it.

Because of its strong taste and odour, and its highly acidic properties, you might find it more convenient to get your apple cider vinegar in a much more convenient supplement form.

So, when it comes to apple cider vinegar, what’s the difference between capsules and gummies?

Nature’s Truth Apple Cider Vinegar Capsules is a high-strength supplement containing 1,800 mg of apple cider vinegar per serving. The capsules are gluten-free and suitable for vegans, and are simply swallowed with a glass of water at mealtimes.

7 probiotic foods to add to your diet

How to keep your gut healthy

How to look and feel your best this party season

Why vitamin D is so important – all year round!